Could anyone (like me) working on a medium axis slicing between thought and and and appeal admit how odd it feels to walk into a lunchroom (remember this is high school) and and and look away as you're waved over by guys at the wrong table? And as you turn your brat head that significant other you've been angling toward passes you by without a hey? Shiayt. How in the far-out can you lunchroom and be lunchroomed all at once?

I bring this up because of its relevance to poetry. When you're only so smart you have to be popular, right? If you're kind of hot you'll doubt yourself when you're alone thinking for verse. Where do I take my poetics under these circumstances, Doris the late-XXI-century historicist asks.

This construct is nontraditional and patently bourgeois.
Two blogs that snap together, serializing what appear to be unfolding long poems: 1 & 2. Not to be missed.
Hip, cool, smooth, totally unruffled new blog graphics for the taking.

It's tough at the top wearing onesies. (Daniel Radcliffe)

It must be insoluble each time it plays.
I feel bad about the brief on the leaves,
Dante, the purest gleam of bats seethed with keen
Rank, fidelity, a gazing furl trying to gnarl
A sparkle to figure life together, no vision
Or dash -- no longer having to know.

Postlanguage is not disappearing into other characters, it's being this character you are. (Jerry Seinfeld)

I guess it's no surprise Al Filreis runs one of the best pedagogic blogs. It operates as a topical resource portal, jammed with research ideas, a bloggy palliative for chronic unfocusedness.
Come for the food, stay for the rehab. (Dalai Lama)

The best poets never got to blogging but even the good poets who did aren't. (Boogiepop Phantom)

I tend to have to agree with you. (Paul Smith)
I want to open an air conditioner shop in Europe. (Nan Goldin)

Has the undertaker decided he exists yet? (Ayn Rand)

Motherfucker curls are back. (Meredith Monk)

Something to break up your bureaucratic planning today.
The poor make me sick. (Robert Zoellick)

We need a clearer message. (Joe Torre)
It's not valiant to second-guess another's choice of blurbs, except in the case of an unambiguously forced, unflattering run-on, with at least one stylistic snag. (Emily Dickinson)
The jungle is quiet... too quiet. (Theseus)
You get a bit sceptical, if not Machiavellian, sifting through media imprints of late capitalism, impressions capitalists and propagandists offer as distractions, reinforce as ideals, and charge us to take in. There are, for example, the incontroversial carry-on luxuries in The Devil Wears Prada -- and I don't mean dowdy and unglamorous office fashions; I mean, more, gallons of Starbucks, the glowy sheen from iMacs, the work-till-you-drop tone of leisure that tops off almost every sentence of dialog and typifies a patois acquired by most of us in the arts (writ large) on the East Coast. No matter on which side of the desk you stand at work (or at home), you see and hear the minor clashes in the film and are reassured. Ohmygod, that's so much like X and me! Then, as through a long lens, you glimpse a bit more than a normal capitalist might intend in The Bourne Ultimatum. The film's most strenuous demo of surveillance takes place, tellingly, in and around Waterloo Station. It shows ground-level a-v apparatus required to watch over capital's prey, cell signals and camera feeds everywhere. Everywhere is the City, London, but as we know, only a relative handful of quadrants Stateside are so well equipped. (Americans have the skies covered, and as assassination movies demonstrate, once your cell is on, they can lock on you for the long view.) Not the point, yet Ultimatum shows how helter-skelter US capacities are an ad hoc patchwork of technologies. It also unpacks the narrative staleness to targeting, tech-surveillance, and counter-surveillance. Mr. Bourne fell to earth from the late Cold War, it seems. What would be the point, then? I think capital is forcing me to submit to its fast, unstoppable pursuit of greater protective capacities against terrorists out there, the ones that get around the apparatus in slow-moving, sometimes-meticulous, low-tech gambits. Experiencing the film prompts the question, of course, if there are no nation states to fight, and if real enemies operate under the radar, so to speak, what are we protecting? Our national will to patrol Iraq and Afghanistan, lands of oil and opium?

My style is no style. (Louise Brooks)

Counterfeiting is more profitable than narcotics, and your partners don't kill you. (Alli Warren)
Grandeur is a luxurious quest and metaphysical evil. (Tommie Shelby)

I'm not a model, I just look like one. (Helen Vendler)
I put a recalled toy in my mouth. (Eric Dolphy)
If you're stagnant, you're dead. (Walter Benjamin)
We're the only nation that flies into hurricanes. (D.A. Levy)

Anne Boyer gets it exactly. Spam subject headers have gone apeshit. Here are favorites from today.

cuboidal
inchest removed waffie
etemelet
mailbody
leucic hodgdon sproat interpretation
nepohnaa
focerete
slight paolucci mobby secretion
negligence distracts purposing
overnight drudged moria
unimbowered
selfimage cairnheaded
downsized wooldrying
counselor affidation
hazell illuminance photosalt
battle selfcreating tachylite cotinga
interforce rondure
forget remembering
And during this interlude for CA appreciation, have you caught his "bucket of sex" commentary on Coulter? Takes one to see one.
Worthy cause. (Let's eat CA for Thanksgiving!)
Just beginning to see need for a blanket authority or, maybe, a foundation to issue antinomian licenses. What sort? some nondemocratic institution that constitutes only one of a set to which no parliamentarian voice matters, no second thoughts or heuristics, and in which nothing un-elfin or hurtful stays put or belongs, holding itself to the highest doctrine of multiple shots, like Todd's Miniature Golf.
Here's another bright spot, internet search engine optimization experts.

That bright spot on the game horizon, killer tennis.

(All three are somehow connected.)

Hearts skip a beat, that's another symptom. A dark and grizzly foreboding about one roll of the die, porridge scooped from Victorian tureens, illogical outcomes, the return of something fatal like sentiment.

Mommy, you have six sides for six numbers. If I spread you out I get to be 30.
Newer Posts Older Posts Home
Subscribe to: Posts (Atom) 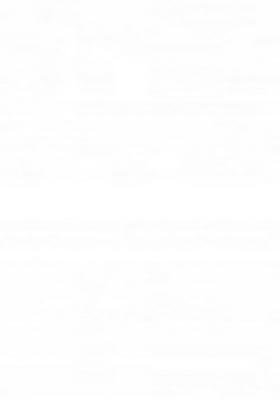